When did the rain start beating us? TP Mazembe’s owner certainly lost some of his fervor in propping up the team. The Lubumbashi side does not boast of a most marquee squad in the continent as it once did. Sudan went down a notch or two. There is the duo of Egypt and Tunisia, the most important for me, who were on the verge of breaking major ground before the Arab Spring put things to a halt – and in other ways it regressed their mission.

Any African football fan is pleased to see South Africa take serious interest in CAF competitions. It was not always like this. Even so, CAF recently outdid itself again as its club football competitions are unavailable to TV audiences South of the Sahara. If the Confederation’s tendency to be reactive, and be slow at that, continues then the momentum that has been picked by expansion of the Champions League group stage to 16 teams will lead nowhere. The chance must never be missed to reiterate the threats that face African football. The Premier League, La Liga and other ambitious ones are courting African football fans.

CAF must be proactive in improving the CAF Champions League. The end goal should be to establish this competition as CAF’s flagship and golden goose ahead of the AFCON itself. Such a change will take some time to realize plus decent enough leadership. I do not know if Ahmad Ahmad does it for you but we cannot go back to old form either.

There are a few straightforward changes that should be implemented to improve the tournament. The simplest of these is not treating the Champions League and Confederation Cup as if they were the same thing. Can you believe that CAF still does not have separate social media pages for the respective competitions?

More complicated, the Champions League should adopt the 32-team group stage standard that has made the continental cup a success in other parts of the world. This should be good enough reason. I understand there will be concerns about quality but it is not okay to lock out stretches of the continent from the festivities. For instance, Nigeria is the de-facto cultural leader in Africa, at least when you consider music and film, yet they have nothing to do with the Champions League. Dar-es-Salaam and its fans are out as are the biggest football clubs in South Africa (sorry Sundowns). Arguments about sporting merit make sense – 20 years ago. The commercial incentives have overtaken practically everything in our sports. And we must embrace the change.

For what it is worth, the usual North African suspects could also do with additional spots.

Another obvious failure to be addressed, by Confederation and Federations, is scheduling of fixtures. This is somehow a complex problem in Africa despite the fact teams here play far less matches than those in Europe. It is as simple as CAF having a sit-down with league organizers to coordinate the football calendar. An even easier way out is barring leagues from holding matches during CAF Champions League match-days. UEFA had a similar rule after it came to a consensus with the European Professional Football Leagues body. This would only be broken for exceptional circumstances.

A final, controversial, low hanging fruit is combating the perception that the Champions League and CAF itself are reserved for North Africans. This has created a barrier to fan engagement and ultimately increased popularity of the competition across the continent. I would wager that the choice to hold CAF Super Cup matches in Qatar is founded on the hope that the contestants will be North Africans. How can perceptions be reversed? Bring the trophy South, hold draws away from Hurghada and consider more narratives from the South.

This feature was posted as part of a collaboration with the CAFCL Gazette. Read more of their pieces at cafclgazette.com/ 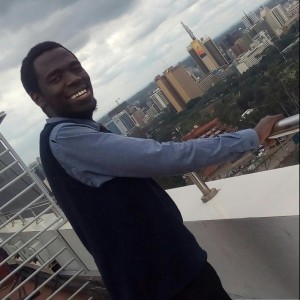