In the past month, the Kenyan football community has been shocked after a local club and the National team were involved in match fixing allegations.

Kenyan Premier League side Kakamega Homeboyz were accused of being involved in a match-fixing racket that involved their former coach (who went into hiding) as well as a few players. The coach, Paul Nkata, was accused of paying his own players on different occasions to lose matches in favour of bets placed in one of the local betting companies.

Almost ten days after these claims were exposed, the national team was also thrown under the bus after fixing claims were revealed against one of its former players who was implicated by FIFA.

In a 10-page preliminary investigation report that was brought forward, FIFA had established a prima facie case against defender George Owino Audi for potentially committing breaches of the world football governing body’s Code of Ethics between June 2009 and 2011.

FIFA also said Owino conspired with Perumal to seek recruitment into an unidentified football club in Australia, where the two planned to manipulate matches in exchange for more money.

The two cases may just be the tip of the iceberg that is threatening to bring down a young and flourishing league that is yet to get its footing. Yes, we wouldn’t want the Kenyan league to be known for just these few cases. The Football Kenya Federation needs to step up and try to save its image as well as the face of Kenyan football.

The FKF President has come out and sent a harsh warning to those involved. However to make sure that this stops, a few timely actions should be taken by the federation in order to save the game.

How to Stop Match Fixing:

Many individuals linked with match fixing are usually more linked with organized crime in than with the sports world. This brings a deeper question of whether sports entities are able of tackling this monstrous issue alone or if alliances with public authorities as well as legislative intervention is needed.

The witnessed cases of corruption indicate that in order to catch match fixers, authorities are required to use formal criminal justice methods. This includes police knowhow, phone-tapping, police interviews, prosecutions and trials.  The FKF should go all out to try to nail these guys.

The biggest reason why players all over the world are easily lured into these cases is because most are in dire financial need. When these cases arose in the Kenya Premier League, it was revealed that some players in the top league are only paid $150 per month (pathetic right?) and in some cases this money is not even guaranteed to come on time. This easily leads the players to be involved in questionable dealings.

The FKF should make sure that players are paid well and on time. In the national team as well as the clubs. This needs to be followed religiously to avoid further cases in the future.

It can be a long shot to stop organised crime, but in order to look clean and credible, the Football Kenya Federation needs to clean its house first. There have been very many cases of incompetence, corruption and many other issues. To stand out, one must be able to lead the way by example. They need to be a model organisation that can easily stand up and lead without any credibility issues.

Yes, the FKF president Nick Mwendwa has made tremendous steps compared to the old administration, but there’s still a lot to be dealt with.

Apart from holding teams and players responsible, FKF must hold the many Kenyan betting operators that have mushroomed greatly in the last 3 years. The federation should compel the operators to give them a detailed report of the activities relating to income from bets on competitions.

Additionally, the FKF, the Kenyan authorities, and Interpol should work with these companies to come up with a more detailed way of flagging suspicious activities. All these actions will make it difficult for match fixers.

It’s a known fact that penalties from such cases differ or are not defined well by the federation. FKF should come up with uniform penalties for players as well as teams that are caught in match-fixing. This will create a higher awareness for players, as they know that if they are indicted they will face great penalties.

At the end of the day the mentioned ideas are only effective if the execution is timely and correct. Everyone, from the players, coaches, and football stakeholders need to put the necessary effort. 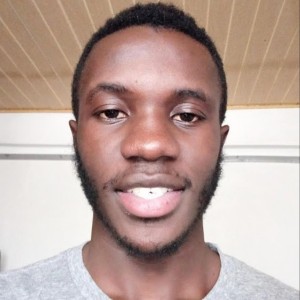 Best footballer in the world (In my head). I eat, sleep and breathe football!