The Sorry Tale of African Teams at the FIFA Club World Cup.

The most predictable aspect of football is its unpredictability. The folklore of the beautiful game would be incomplete without the countless tales of unheralded outcomes, taking minds aback, even those of bookmakers.

One outcome that has been quite predictable over the years, however, is the failure of African teams to scale the first hurdle at the FIFA Club World Cup.

Besides the 2010 and 2013 editions, when TP Mazembe and Raja Casablanca became the exemption to what has now become the rule by reaching the final, every other African representative at the tournament have failed to deliver the goods.

This pitiable record is sharpened by the stats of the African teams at the tournament. In the 38 matches played by teams from the continent, only a paltry nine have ended in wins for them compared to twenty-five defeats. African teams have scored forty goals and conceded sixty in these 38 matches.

As against the original format of the Club World Cup which had two groups of four teams each, the current arrangement allows CAF’s representatives to enter the tournament at the quarter final stage.

Ordinarily, this is supposed to make it easier for the teams to reach the latter stages of the competition as it would take only two wins to get to the final. But lamentably, only in four of fourteen editions (since the new format) have CAF teams progressed beyond the quarterfinals – Al Ahly in 2006, Etoile du Sahel in 2007, Raja Casablanca in 2010, and TP Mazembe in 2013.

In all, fifteen editions have been played till date, and African sides have fallen at the first hurdle at eleven.

THE PROBLEM
Behind the poor performance of African sides at the Club World Cup is a lack of quality. While it can’t be said that there is a lack of quality players on the continent, it is undebatable that Africa’s best players don’t play in Africa. For instance, if any Algerian team are to participate at the Club World Cup today, Algeria’s best player, Riyad Mahrez would not be in their party. Same applies to Egypt and Mohamed Salah, Senegal and Sadio Mane, as well as Nigeria and Alex Iwobi.

When TP Mazembe became Africa’s first hope of winning the tournament by getting to the final in 2010, it was an African, Samuel Eto’o, who dashed those dreams with his 17th minute winner for Inter Milan in the final. Likewise, in the first edition of the tournament in 2001, another Cameroonian, Geremi Njitap, scored an 88th minute winner that stabbed Africa’s heart and denied Raja Casablanca a point and a healthy dose of bragging rights against the Galacticos of Real Madrid.

Without a doubt, the steady drifting of Africa’s best players towards the greener pastures of Europe has weakened many African clubs.

While the officious would call on African players to stay back home and develop their leagues, the offers made by European clubs to these stars are often too good to turn down.

Kelechi Iheanacho’s £70,000 a week wage at Premier League club Leicester City is far above the sum of what all the players at the highest paying club back home in Nigeria earn in a month.

So until football is improved in Africa, especially in the Western and Central parts, and clubs are made to run like business entities thereby generating tangible funds, player welfare will remain as it is and the continent’s best will joyfully swim across the Mediterranean for lucrative deals abroad.

NORTH AFRICAN DOMINANCE
In fifteen editions of the FIFA Club World Cup, Africa has been represented by teams from the Northern region twelve times. Congolese giants TP Mazembe (three times) and South Africa’s Mamelodi Sundowns are the only non-North African clubs to have had a taste of the Club World Cup.

Besides TP Mazembe, no club from the western or central part of Africa have ever made it to the World Cup. Known for their physique and aggressiveness, players from these regions, it is believed, stand a better chance of overpowering their European and South American counterparts who rely more on skills and techniques.

Owing to this, some have argued that Africa’s best chance of reaching the holy grail at the Club World Cup might be rested in West and Central Africa.

According to Mitchell Obi, who is a veteran sports journalist and African President of the International Sports Press Association (AIPS), “The North Africans play very attractive football and are very organised at club level. But their football is closer to Europe in terms of style, approach and tactics. They have more of European influences so when they meet European teams, you find out that they don’t get to dominate. The carbon copy can not be same as the original.”

“If we have a solid West or Central African representation at the Club World Cup consistently, there might just be a difference.”

But just as one cannot win the lottery if they don’t buy the ticket, West or Central African clubs will never win the World Cup except they earn a berth at the competition by hosting it or winning the CAF Champions League. This is a fact that Mitchell Obi also reckons.

WHAT THE CONTINENT CAN GAIN
When TP Mazembe finished as runners up of the Club World Cup in 2010, the then modest side bagged a whooping $4 million in prize money. A huge portion of that sum was pumped into the completion of the 18,000 capacity Stade TP Mazembe which is now the home ground of team.

In a continent where the vast majority of football clubs do not boast of up to $4 million in revenue annually, consistent good outings at the Club World Cup will no doubt reposition many African clubs financially. With this, clubs can afford to improve welfare packages for players, invest in developmental programs, et al.

Apart from the monetary gains from the Club World Cup, glory and recognition are also at stake.

Ayoub El Basri, a Moroccan journalist based in Casablanca relates how reaching the final of the FIFA Club World Cup in 2013 projected the image of Raja Casablanca on the global stage. “Only few people knew Raja Casablanca [before 2013]. When I say few people I mean Brazilian fans who watched Raja at the World Cup (hosted in Brazil in 2000) and African fans who know Raja because Raja have won three Champions League titles.”

“But in 2013 after we played against Ronaldinho and Atletico Mineiro, and against Monterrey, and against Bayern Munich coached by Pep Guardiola and with great players like Ribery, Kroos, Muller; a lot changed about Raja. Now as a journalist when I visit Germany, Raja Casablanca is a well known club.”

It is this sort of global recognition that African clubs need to strengthen their brands and in turn, attract revenue from partnerships – something that has long been lacking in most parts of the continent.

When African clubs begin to rake in the money from sponsorships, one of the biggest challenges of teams on the continent would already have been handled and perhaps they would begin to stand better chances against teams from other continents. 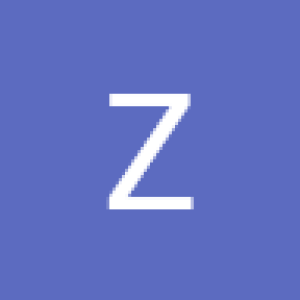