South Sudan striker Taban Makoi Manyang has reportedly set the country’s national team jersey on fire in a fit of anger after being dropped from the national squad which is preparing for the 2021 Africa Cup of Nations qualifiers.

Several media outlets in South Sudan have reported that the New Zealand-based forward allegedly burned the number 19 jersey and posted its picture on social media on Monday.

South Sudan, the newest FIFA-member, will play against Uganda at St Mary’s Stadium, Kitende, in a Group B Afcon qualifier on November 12 2020 before welcoming the Cranes at Nyayo Stadium in Kenya three days later.

Manyang, 21, was not among the foreign-land based players the Bright Stars called for the game, hence his anger, according to the South Sudan Herald newspaper.

The South Sudan Football Association (SSFA) has since released a statement condemning the footballer for allegedly burning the national team’s jersey.

“The entire administration of the South Sudan Football Association is calamitous with the insolence shown by the former National Team’s player Taban Makoi Manyang, by (burning the National Team’s jersey).”

“This action is not impudence to the SSFA only, rather it is to the whole country as well, Burning the national team’s jersey; means burning country’s flag. Therefore, we the entire administration of the SSFA is strongly condemn this harsh exploit,” reads the statement which AFHQ acquired.

SSFA did not indicate whether it would take further action on the striker who previously featured for the country’s U23 and senior national teams.

African Football HQ was unable to hear Manyang’s side of the story.

He recently signed for Kingston City FC from Springvale White Eagles FC with whom he was the top scorer with nine goals in the 2019 season. 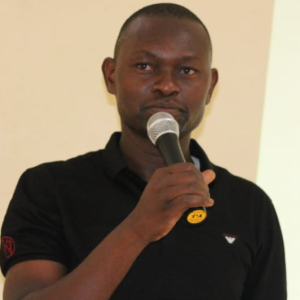